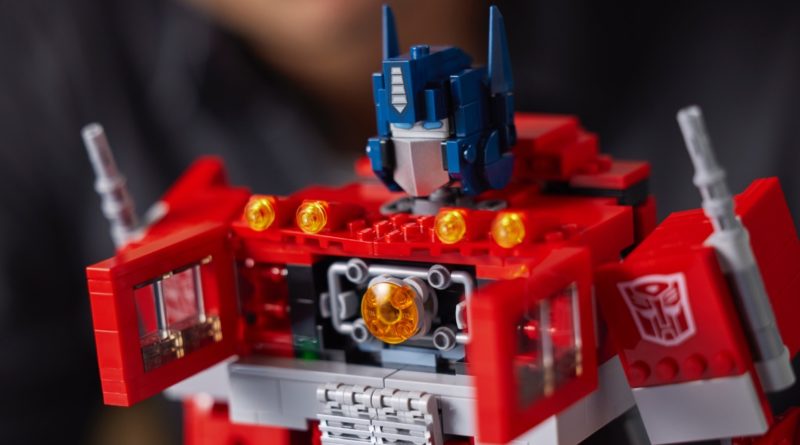 As 10302 Optimus Prime joins the line-up for 2022, here’s a complete round-up of every LEGO Creator Expert set confirmed and rumoured for release this year.

It’s shaping up to be another fantastic – and fantastically expensive – year for LEGO fans, with a Creator Expert portfolio that’s once again catering to a wide range of interests, while simultaneously pushing those nostalgia buttons that few of us can ignore. The latest attempt lands on shelves in June in the form of 10302 Optimus Prime, the first-ever LEGO Transformers set, and it’s a very successful realisation of the iconic Hasbro character.

That’s one more string in the bow for the Creator Expert (now LEGO for Adults) theme in 2022, and one more gap plugged in the rumoured line-up for the rest of the year. Here’s a quick reminder of everything released so far in 2022 under what was formerly known as the Creator Expert theme (and is still referred to as such at LEGO.com, if not on box art), along with links to our reviews where applicable, and everything still rumoured to be on the way.

For a deeper dive into those rumoured sets, keep reading…

Very little is known about the next sequential product in the Creator Expert series – which would fall between 10300 Back to the Future Time Machine and 10302 Optimus Prime – but StoneWars reports it’s likely to be space-themed, potentially following in the footsteps of 10266 NASA Apollo 11 Lunar Lander and 10283 NASA Space Shuttle Discovery.

Rumours of a new roller coaster initially emerged in February, and recent reports suggest it’s now due to arrive in July, with 3,756 pieces for $349.99. Most interesting is the possibility of a loop, the only thing really missing from 2018’s 10261 Roller Coaster, which retired at the end of 2021.

A follow-up already would be pretty surprising, but the LEGO Group is probably keen to get some more mileage from its track elements…

The DeLorean reportedly won’t be the only LEGO Creator Expert vehicle arriving on shelves in 2022, as rumours suggest another muscle car is on the way later this year, packing 1,456 pieces for €159.99.

10304 Chevrolet Camaro Z/28 could run the risk of being derivative of 10265 Ford Mustang, which is still available at LEGO.com, but if the LEGO Group opts for a yellow and black colour scheme, it could also be an all-too-coincidental tie-in to 10302 Optimus Prime, if you think about it…

If last year’s 31120 Medieval Castle didn’t quite do it for you, good news: the LEGO Group’s headline 90th anniversary set, chosen as the result of a fan poll to narrow down the top four classic themes, is said to be 10305 Lion King’s Castle.

With a reported price tag of €349.99, this alleged update of 1984’s 6080 King’s Castle has all the potential to be the castle of our dreams – and there’s certainly a market out there for it. Whatever it ends up being, expect the main 90th anniversary set to launch in August, coinciding with the LEGO Group’s birthday.

Was 2020’s 71374 Nintendo Entertainment System a bit too modern for you? Good news: the LEGO Group is reportedly reaching even further back into video game history for 10306 Atari 2600, a console that first hit shelves in 1977.

You’ll probably need to be at least 55 years old now to fully appreciate such a set, which is perhaps the oldest specific age group the company has ever targeted. It’s said to cost €169.99 and include the console, a controller and Pitfall game, with a rumoured release date of August.

This year’s pièce de resistance – at least within the Creator Expert line-up – is said to be 10307 Eiffel Tower, a supersized version of the iconic Parisian structure that could stand a whopping 1.3m tall.

According to StoneWars, this year’s Winter Village set – a consistent presence in the Creator Expert calendar since 2009 – will fall under product number 10308. Little else is known about it at the moment, but if it’s anywhere close to the wonder of last year’s 10293 Santa’s Visit, we’re in for a festive treat.

Keep an eye on Brick Fanatics for future updates to this list, but remember that everything outlined above is still just a rumour for now – and until the LEGO Group confirms otherwise, should be treated with the usual scepticism. You know, just in case they don’t plan out entirely as rumoured…