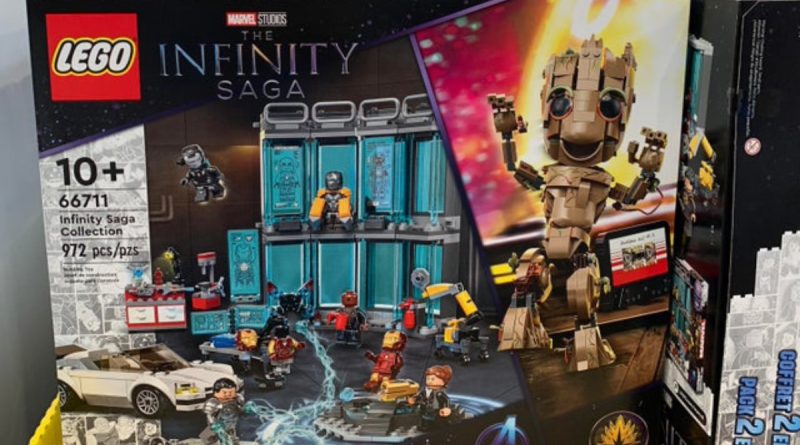 A new LEGO Marvel double-pack has turned up at Costco in the US, offering a 31% saving on buying its Infinity Saga sets individually.

66711 Infinity Saga Collection – originally discovered by reddit user donblake83 at a Costco store stateside – includes this summer’s 76216 Iron Man Armoury and 76217 I am Groot, the latter of which doesn’t actually launch on its own in the US until August 1. That means it represents not only a great early deal on the two sets combined, but also an opportunity to grab the buildable Groot before anyone else.

You’ll need a Costco membership to take advantage of 66711 Infinity Saga Collection, of course, so this won’t be a deal open to everyone. But if you are able to grab the double-pack, it should take some of the sting out of 76216 Iron Man Armoury’s inflated price.

If you just want to grab 76217 I am Groot – which is well worth its own price tag – you’ll be able to do so in the US from August 1. The Guardians of the Galaxy character is available now in the UK and Europe, and you can check out our review of the very posable Groot by clicking here.