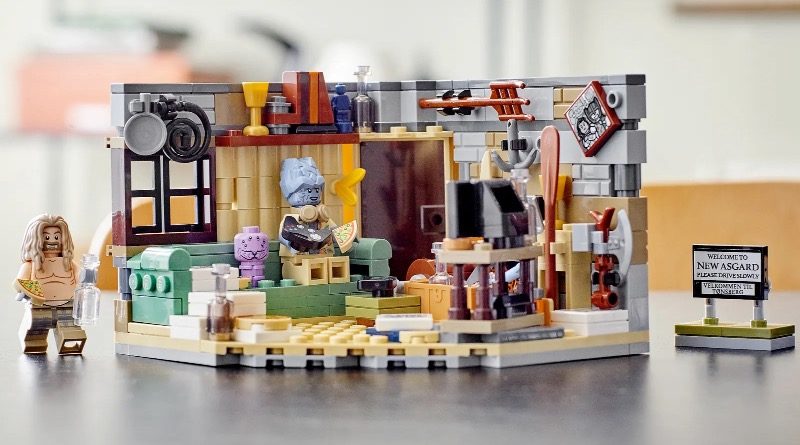 First glimpsed in a grainy catalogue scan last week, the long-rumoured addition to the Infinity Saga line-up – which revisits key moments in the Marvel Cinematic Universe – will launch on August 1 for $49.99 AUD. Based on similarly-priced sets such as 80006 White Dragon Horse Bike, expect it to come in at around £24.99 /  $34.99 / €29.99.

The LEGO.com listing also gives us a closer look at the contents of 76200 Bro Thor’s New Asgard, including its Bro Thor and Korg minifigures and buildable Miek figure. While Fortnite fans may be disappointed to see the brick-built TV doesn’t include a corresponding sticker, its nod to LEGO video games feels way more relevant.

The 265-piece model also includes details like a printed ‘The New Asgard Times’ tile – complete with a ‘5 Years After The Blip’ headline – a chest full of bottles and fish, pizza boxes and a games console. You’ll be able to pick it up from August 1. We’ll confirm international prices as soon as we can.