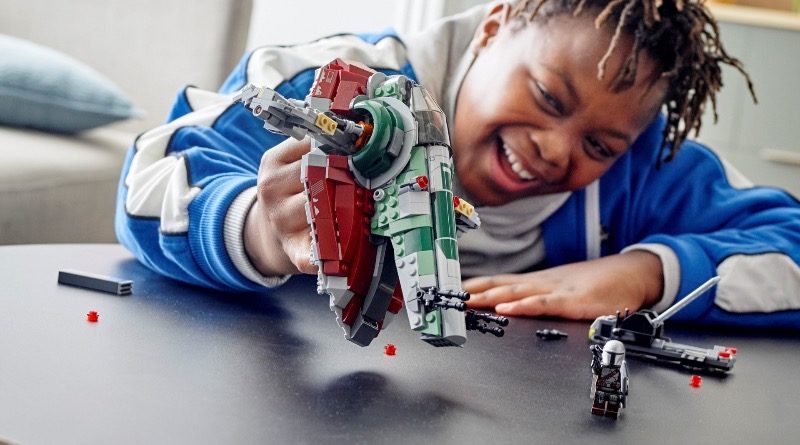 Hours after its release, LEGO Star Wars 75312 Boba Fett’s Starship has already run out of stock on the official online store, making the Mandalorian model harder to find.

One of three new The Mandalorian builds has quickly sold out at LEGO.com as 75312 Boba Fett’s Starship has proved itself to be one popular bounty, likely thanks to its affordable rendition of the iconic craft and exclusive minifigure – something that we mentioned in our review.

The new Star Wars set is one of a few that shoppers have been quick to buy as August 1 sees the release of dozens of fresh models worldwide, and even more in the US and Canada.

The name of this classic ship’s latest official recreation may not be familiar to fans as Disney requested a name change for Slave I. However, the decision doesn’t seem to have swayed collectors away from the set.

Hopefully, the LEGO Group has enough stock on standby to quickly get 75312 Boba Fett’s Starship back into hyperspace and in our baskets as those getting their orders ready from now are currently out of luck.

In the meantime, there are plenty of other LEGO Star Wars models now available, including the massive 75309 Republic Gunship, which will also net you the free LEGO Ideas 40487 Sailboat Adventure for a limited time if you are a VIP member.