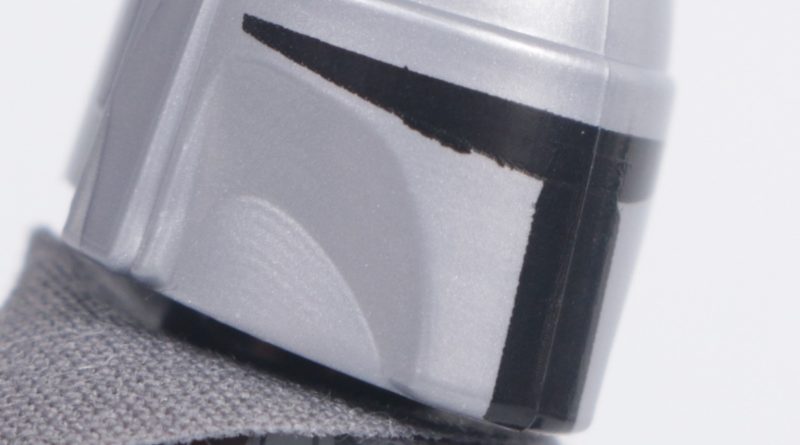 The box art for one of this year’s LEGO Star Wars sets teases a variant of a minifigure we all want – but will probably never get.

There’s a lot to be said for the artwork for 75324 Dark Trooper Attack. It diverges from the more general art used for the likes of 75320 Snowtrooper Battle Pack and 753222 Hoth AT-ST, instead giving us something more specific to The Mandalorian.

It achieves that not only through its darker black and brown colour scheme, which clearly distinguishes it from the brighter white of its LEGO Star Wars contemporaries, but also through the two characters printed in the bottom left of the box: Din Djarin and Grogu (or Mando and Baby Yoda, if you prefer).

The only problem is that because this is artwork, and not a photograph, it’s a version of the Mandalorian that we’re basically never going to get in the flesh. Yes, it’s the same printing and basic design as the Beskar Mando minifigure that’s now liberally spread across any number of recent LEGO Star Wars sets, but just look at that helmet.

The real-life version of Mando’s LEGO minifigure helmet (which, incidentally, is about to be released at a much bigger scale as part of the LEGO Star Wars Helmet Collection) is flat silver, and while it does a reasonable job of capturing the character’s chrome dome, it’s not quite as shiny as its source material – even when it catches the light.

By contrast, the minifigure helmet on the box art for 75324 Dark Trooper Attack is so reflective that it practically looks chrome, or at least drum-lacquered silver. We’d love to see a future version of Din Djarin include a metallic silver helmet (even if it’s in an Ultimate Collector Series set), or really even just a better-aligned print for the black T section, but we’re not holding our breath.

It’s not like the box is particularly misleading or anything – it is just art (really good art, at that!), and therefore carries artistic licence – but it does leave us yearning for something we might never get, and that does sting a little.

Still, at least 75324 Dark Trooper Attack looks like a lot of fun.