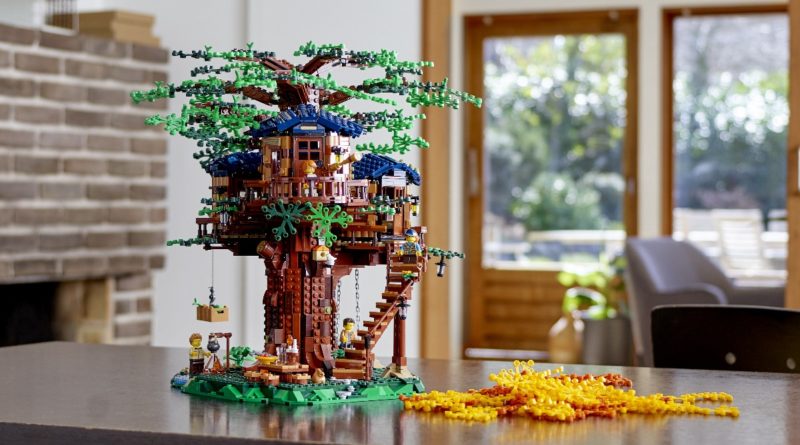 As we reach the end of the line for three LEGO Ideas sets, 21318 Tree House’s planned retirement date is now earlier than previously expected.

All this is to say that keeping up with when exactly the 2-in-1 set will leave shelves is no small feat, and so your best bet is probably just to pick it up as soon as your budget allows if it’s on your list. Just in case…

Three other LEGO Ideas sets are still slated to retire by the end of 2021, meanwhile, including the enormous 21322 Pirates of Barracuda Bay. The ode to classic LEGO Pirates has been out of stock in the UK and Europe for more than three months, only returning very briefly earlier this morning. (It’s now gone again.)

Those windows of opportunity to grab the 2,545-piece set are rapidly closing, while 92177 Ship in a Bottle and 21320 Dinosaur Fossils – the other two departing LEGO Ideas sets – have already sold out in the UK and Europe. The former is only ‘temporarily out of stock’ in the US, however, and the latter is available now.

Elsewhere, the four LEGO Ideas sets to launch in the second half of 2021 are all destined to stay on shelves until at least 2023 – at least as of this month – while 21323 Grand Piano is journeying towards becoming an evergreen product with an exit date of December 31, 2024.

Here’s the complete list of LEGO Ideas sets organised by retirement date. Look out for deals on the 2021 sets (where they’re still available) across LEGO VIP Weekend, Black Friday and Cyber Monday later this month.

Remember, these dates are subject to change. For a complete list of every LEGO set retiring in 2021, click here.

Keep track of every LEGO deal, sale and promotion this Black Friday with our dedicated VIP Weekend, Black Friday and Cyber Monday pages.