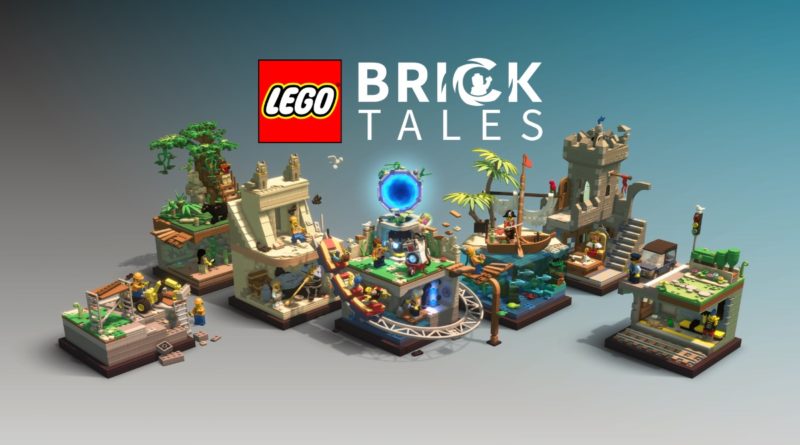 The LEGO Group has announced a brand new puzzle-solving video game from the developers of the Bridge Constructor series – but not which platforms it’ll be available on.

LEGO Bricktales has apparently been in development for more than two years at Clockstone, and will allow players the freedom to build their own solutions to unique challenges across five different brick-built dioramas, including city, desert, jungle, medieval and tropical island settings. Each environment features minifigures who require assistance, which you can provide by building models from a pre-selected assortment of bricks.

The game encourages player freedom and initiative, testing your building skills to complete specific challenges, which can be either aesthetic or functional. It’s due to be published by Thunderful Group at some stage, though a release date has yet to be confirmed.

“After more than two years, it feels incredible to finally announce what we have been working on behind closed doors. We’re honoured to have this opportunity to collaborate with the largest toy brand worldwide,” said Dieter Schoeller, Vice-President of Publishing at Thunderful.

“With LEGO Bricktales, we’ve made it our mission to tap into what it is that makes LEGO play so special. Our intuitive brick-by-brick building mechanic allows players to engage with LEGO bricks in a video game the same way the toys have been inspiring people’s imagination and creativity for decades.”

“The game encourages players to use their imagination and creativity to unlock new skills that can help them progress to new levels,” added Kate Bryant, Head of LEGO Games Portfolio. “This new digital experience is rooted in the creative, playful joy that comes from building and problem-solving using LEGO bricks.”

Clockstone’s Bridge Constructor series has made its way to pretty much every gaming platform going, from Android, iOS, PC and Mac to PlayStation, Xbox and Nintendo Switch. That makes it tricky to narrow down where we’ll be able to play LEGO Bricktales, but the visuals in the initial trailer are reminiscent of LEGO Builder’s Journey.

Light Brick Studio’s narrative-driven puzzle game was originally exclusive to Apple Arcade, before coming to Windows, Nintendo Switch and Xbox in the months after launch. LEGO Bricktales could theoretically follow a similar trajectory, but we’ll hopefully learn more in the weeks and months to come.