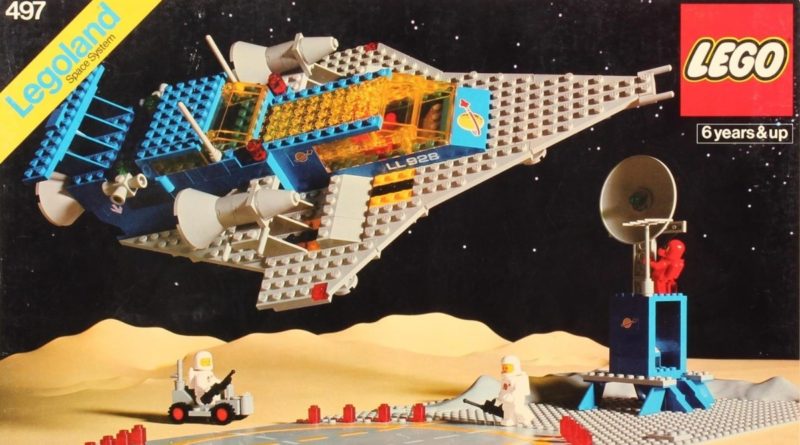 So far, the company has marked its 90th birthday with a LEGO Classic set – 11021 90 Years of Play – and a matching polybag, which will presumably arrive on shelves later this year. We know there’s at least one more set in the works, though, as a result of last year’s LEGO Ideas poll to choose a classic theme to resurrect for the anniversary.

The winner of that poll likely won’t be revealed until August, the same month the LEGO Group was founded in 1932, but the four finalists were Classic Space, Castle, Pirates and BIONICLE. Initial rumours suggested Castle had taken the crown, with 10305 Lion King’s Castle said to be on the way later this year (as a supersized remake of 6080 King’s Castle), but it sounds like it might actually be sharing the throne with another contender.

According to StoneWars, this year’s Creator Expert line-up will include a product numbered 10497. Little else is known about it at this stage, but the set number has prompted the German fan site to speculate that it could be a remake of 497 Galaxy Explorer, which is among the Classic Space sets most revered by adult fans of LEGO.

That’s primarily because the number sits so awkwardly out of sequence with everything else in the Creator Expert line-up: we’re currently as far as 10311 Orchid, while the rest of this year’s sets are said to plug the gaps following 10302 Optimus Prime in (for example) 10303 Roller Coaster and 10304 Chevrolet Camaro Z/28.

10497 is so far beyond those that it doesn’t seem unreasonable to imagine that the LEGO Group has selected that product number for a very deliberate reason – and in that case, why couldn’t it be a remake of 497 Galaxy Explorer? That set was originally numbered 928 outside the US (LEGO products typically carried different digits depending on their region in the ‘70s), but 10928 was bestowed on a DUPLO bakery in 2020, so 10497 is the next best thing.

If a remake of 497 Galaxy Explorer is genuinely on the cards – and for now, it’s really only speculation at best – there’s a good chance it will look markedly different to the original model. For one, it’s incredibly unlikely to include a moulded, three-dimensional baseplate (they haven’t been in sets for decades now), while the LEGO Group may also take the opportunity to upgrade the design of the spaceship, too.

On the other hand, it could be a straight remake (sans baseplate, still) in order to best satisfy those fans yearning for the simple designs of the ‘70s. Or it could be something entirely different, and the product number is just a huge coincidence. But as LEGO theories go, we’ve definitely heard crazier ideas than this…

Click here for a full rundown of this year’s LEGO Creator Expert sets, both rumoured and confirmed.