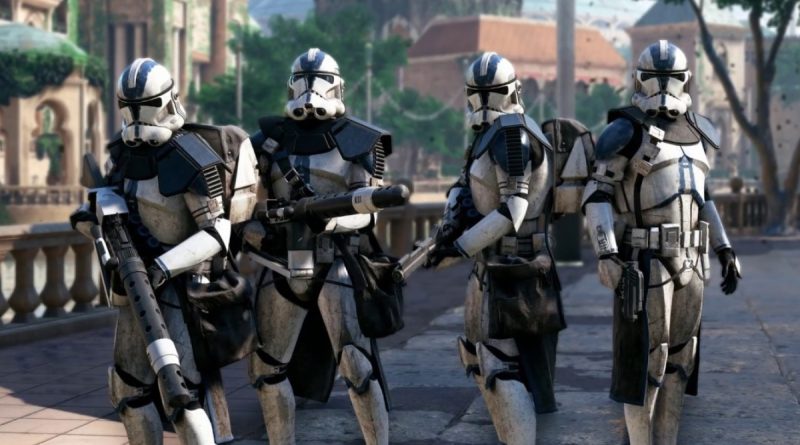 An update to the previously rumoured LEGO Star Wars 501st battle pack reported for 2023 suggests an extra level of detail for minifigures.

Earlier this month, Promobricks reported that a 501st Clone Trooper battle pack may be on the way next year inspired by Star Wars Battlefront II. Now the same source has shared on Instagram that two of these rumoured minifigures may have even more detail.

According to the rumour, 75353 501st Battle Pack will have two heavy troopers, an officer and a specialist, all of which feature in the video game that is said to be the inspiration. The heavy troopers include a backpack with cloth cover in Star Wars Battlefront II and the source has now provided an update on Instagram reporting that this detail will carry over to the minifigures.

The Instagram story post notes that heavy troopers are said to include a brick-built backpack with a printed one-stud tile featuring the Republic logo and the grey cloth cover.

The LEGO Group has yet to confirm this, or any of the other rumoured sets from our initial report so please take this information with appropriate caution until an official announcement is made.