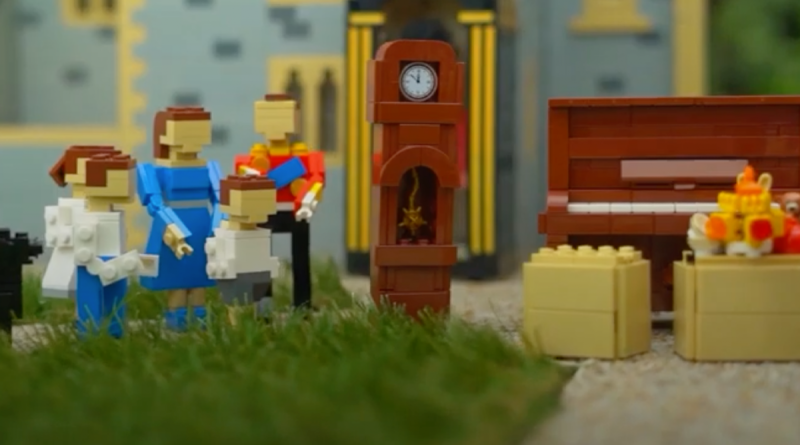 The LEGOLAND Windsor amusement park has added models of the Duke and Duchess of Cambridge, ahead of their planned move to the Windsor estate.

LEGOLAND Windsor is one of several LEGO-themed amusement parks. In addition to a variety of rides, the park includes Miniland – a scale model of several world landmarks. Almost 40 million bricks are used in the models, with a number of London landmarks (including Canary Wharf, the London Eye and Buckingham Palace) modelled here.

Now, William and Kate – as well as their children George, Charlotte and Louis and pet dog Orla – are joining the park’s scenery. They can be spotted outside the park’s model of Windsor Palace, alongside a removal van and several pieces of furniture. We’re quite impressed by the grandfather clock, which uses a golden flail element as a pendulum.

This isn’t the first time that LEGOLAND Windsor has commemorated a royal event. Earlier this year, the park commemorated the Queen’s Platinum Jubilee with various models. These included a motorised car containing a brick-built Queen, and models of planes from the Red Arrows aerobatics display team. As you might expect, that build was a little more ambitious – using more than 18,000 LEGO elements instead of this build’s 4,100. Even with a smaller scope, though, this model took 19 hours to assemble.

While William and Kate have been invited to visit their LEGO counterparts, we’re as yet unsure if they’ll accept. In the meantime, you can see the models for yourself if you’re visiting LEGOLAND Windsor soon.

If you’re looking for a LEGO castle closer to home, you may want to check out our review of 10305 Lion Knights’ Castle – an ambitious release for the LEGO Group’s 90th anniversary.