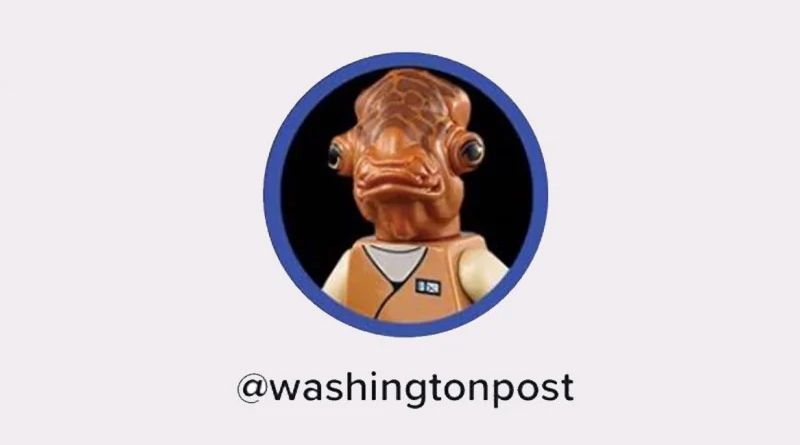 Users on TikTok are continuing to celebrate the LEGO Star Wars video games, with even the Washington Post joining the party.

Admiral Ackbar is the LEGO Star Wars character that the Washington Post has selected for the newspaper’s TikTok avatar, as the platform’s users continues the craze of using a character from LEGO Star Wars: The Video Game or LEGO Star Wars II: The Original Trilogy as their avatar.

As well as taking inspiration from the games for avatars, users are creating videos with the Cantina theme and tagging them #LSW. It all started as a light-hearted way for users to mock Hype House, but has spread to become a general trend across TikTok.

“I remember it being one of the first games I played as a kid,” 18-year-old Joe Maddalena, who created a LEGO Star Wars post on TikTok with over 1 million views, told the Washington Post. “I have great memories of me and my sister playing for hours.”

The next title in the series, LEGO Star Wars: The Skywalker Saga, will be released later this year on Xbox One X, Nintendo Switch, PlayStation 4 and PC.

Star Wars: The Rise of Skywalker is in cinemas now.

To continue to support the work of Brick Fanatics, please buy your LEGO sets from LEGO.com and Amazon using our affiliate links.

Graham was the BrickFanatics.com Editor up until November 2020. He has plenty of experience working on LEGO related projects. He has contributed to various websites and publications on topics including niche hobbies, the toy industry and education. Follw Graham on Twitter @grahamh100.