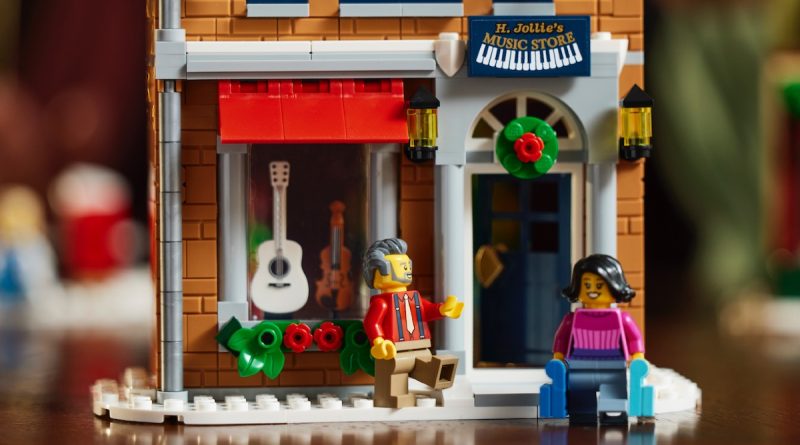 The LEGO Group’s new Winter Village set seemingly has two different product names, depending on where you are in the world.

Billed in its press release as 10308 Holiday Main Street, the latest seasonal release includes two buildings, a streetcar, a Christmas tree and a slice of snowy scenery. In step with previous Winter Village sets, though, its product name makes no mention of the specific holiday it’s celebrating – in the US, anyway.

If you’re in the UK, Europe or Australia, you’ll find that the product listing at LEGO.com actually refers to the set as 10308 Christmas High Street. The difference between ‘Main Street’ and ‘High Street’ stems from their separate uses in American English and British English – both referring to the same thing, really – but it’s interesting that the LEGO Group has avoided using ‘Christmas’ in the US.

The box for 10308 is more definitive, plastered with ‘Holiday Main Street’ above its Winter Village Collection tag, and there’s apparently no alternate version that reads Christmas High Street (at least going by images at LEGO.com). The actual difference in set names is minimal, then – collectors won’t need to worry about picking up two copies of the same set for their respective boxes, for instance.

That’s in stark contrast to LEGO Ideas 21335 Motorised Lighthouse, which debuted earlier this month with ‘Motorized’ on its US packaging. But even if there are no images of it at the moment, we could yet see a Christmas High Street box on shelves come October 3, when 10308 Holiday Main Street launches online and in stores for VIP members.

Click here for a closer look at the latest Winter Village set – whatever it’s called.

One thought on “LEGO’s new Winter Village set has two different names, for some reason”